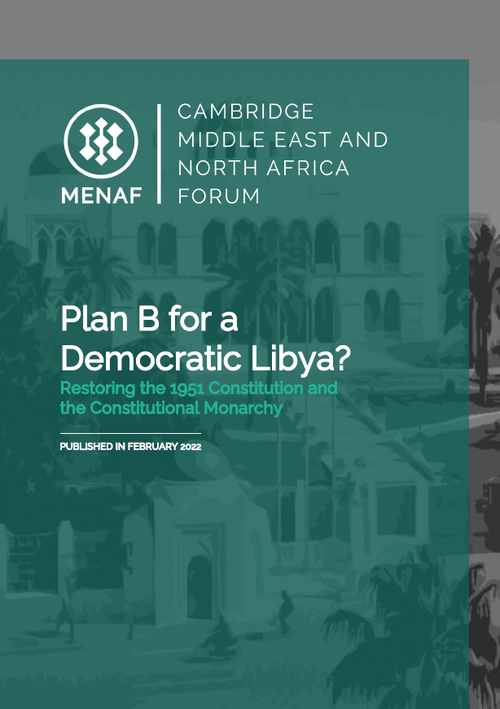 Plan B for a Democratic Libya? Restoring the 1951 Constitution and the Constitutional Monarchy (COMPLETED)

“Plan B for a Democratic Libya? Restoring the 1951 Constitution and the Constitutional Monarchy”

This project is the product of a year’s research conducted across twelve countries, by a team of eighteen researchers. It tries to answer a simple question that concerns an extremely complex issue: What constitutional arrangement might keep Libya together as a unified, democratic state? The project examines the viability today of a constitution that has already worked in the past, namely Libya’s “Independence Constitution”, enacted in 1951 and revised in 1963. It further asks a theoretical question of whether the restoration of the Libyan monarchy, which was deposed of in 1969, could make a positive contribution to the resolution of the Libyan crisis.

Strategies and Ethics of Hybrid Warfare in the Gulf: Drones, Cyberwar and AI in the High-Stakes Struggle between Iran and Saudi Arabia (COMPLETED)

“Strategies and Ethics of Hybrid Warfare in the Gulf: Drones, Cyberwar and AI in the High- Stakes Struggle between Iran and Saudi Arabia”

The competition between Saudi Arabia and Iran is being fought simultaneously across multiple conventional and high-tech platforms, turning the Gulf into a unique strategic theatre of hybrid warfare and a global test case for the ethics and practices of future war. As regional hegemons with vast resources, conflicting religious agendas and rival international backers as well as proxies, both Saudi Arabia and Iran have significantly raised their use of tech-powered force in a region fraught with tension. What a decade ago were isolated cyberwar attacks on communications and oil facilities, have evolved into complex multi-level and multi-directional operations that have moved the strategy – and ethics – of warfare into new territory. Despite their relative strengths, Iran and Saudi Arabia are highly asymmetrical powers, with significant differences in their hard and soft power capabilities, scales of investment, dependence on outside support, domestic institutionalisation of military capacity, rhetorical positioning, and regional calculus.

This research will raise key questions about the nature of hybrid war strategies operationalised by both powers, track the use and impact of different forms of hybrid threat in the Gulf, and consider the shift in technological might as it relates to both national and human security. Issues of focus will incorporate the domestic implications for Iran and Saudi Arabia in utilising cyberwarfare, drones, and AI-driven techniques of engagement and deterrence, including risks of internally directed hacking, and the political dangers of information- and weapons-sharing with proxies; the decision-makers and variables involved, including positioning and character of leadership, ideology, and external pressures; the impacts of regional and international relationships on strategic choices; and ethical considerations in relation to the growing role and meaning of AI in hybrid conflict situations, a primary area of concern for the British government. 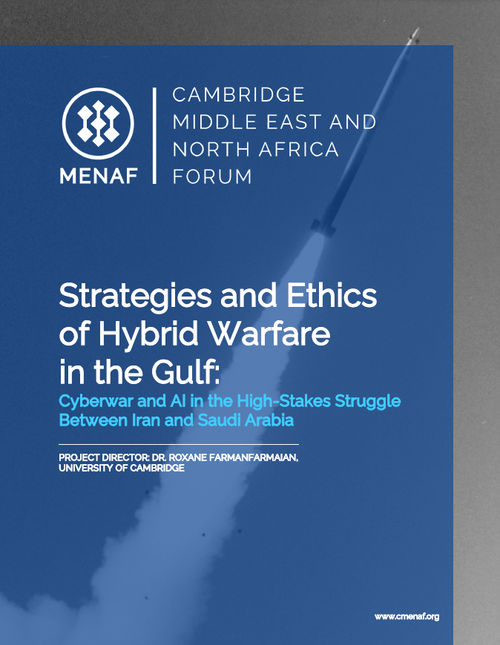 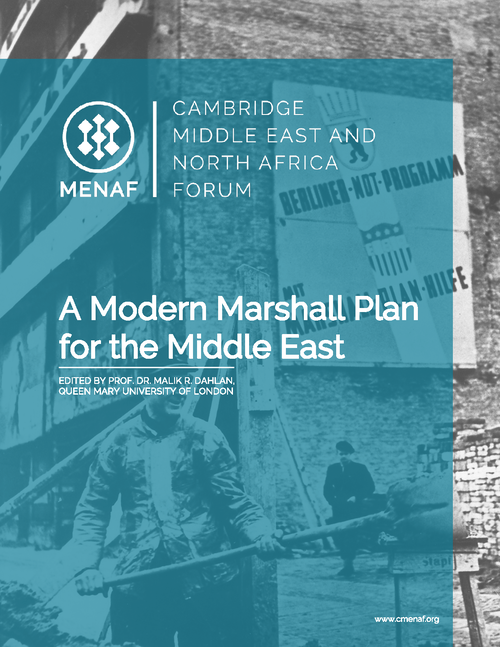 “A Marshall Plan for the Middle East”

There are a number of issues inhibiting the coordination of a comprehensive plan to economically reconstruct and politically rehabilitate war-torn Arab states, including internal political discord within Arab states and within the Gulf Cooperation Council; ongoing discord between different state actors in the region, particularly between the Gulf states, Iran and Turkey; and the roles of new international actors with a growing stake in the region, to name just a few.

Considering the historical example of the Marshall Plan, this project considers the possible contours of a multilateral effort by the European Union, the United Kingdom, the United States and the Gulf Cooperation Council to reconstruct and stabilize the countries of the Arabian Peninsula, particularly Syria, Iraq and Yemen in a way that is both economically sustainable and conducive to the region’s long-term stability.

A Model for Border Cooperation in the MENA Region (COMPLETED)

“A Model for Border Cooperation in the MENA Region”

There are a number of successful models for border cooperation around the world, such as the EU Schengen model and EU Customs Union; the African Union Niamey Convention; and the US / Canada “Beyond the Border” perimeter security strategy. Such a model is one which is lacking in the MENA region, aside for the Gulf Cooperation Council which facilitates cross border cooperation in the Gulf but is not nearly as established or comprehensive as the other models.

This project will give interested researchers an opportunity to build a model for border cooperation relevant to the MENA region. The lead researcher, along with the team will determine which country they would like to focus on as well as the scope of the report, such as trade, security and tourism best practices as well as other issues relevant to cooperation. The project will aim to establish a theoretical model which could be applied and would contribute to effective cooperation between state actors in the region with an interest in facilitating such cooperation. This project should, upon completion, establish a concrete model that could be applicable for addressing border cooperation between these entities in the long term. This will serve as part of a project being conducted by Mr. Smith in relation to the future of the UK-EU border in the period after Brexit. 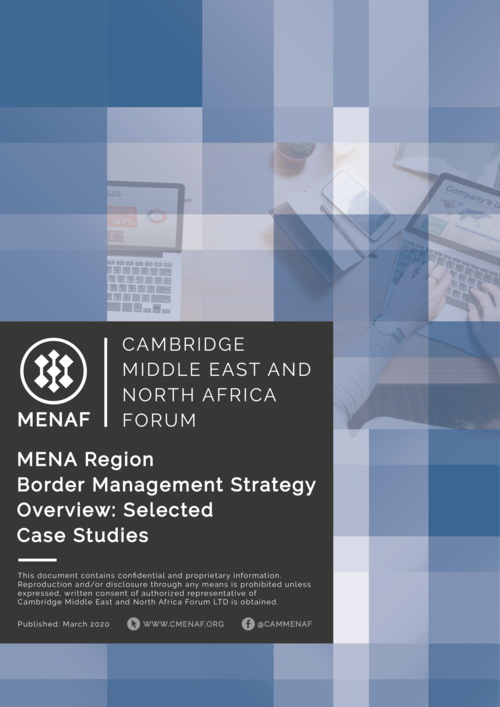